The typical dances of Panama 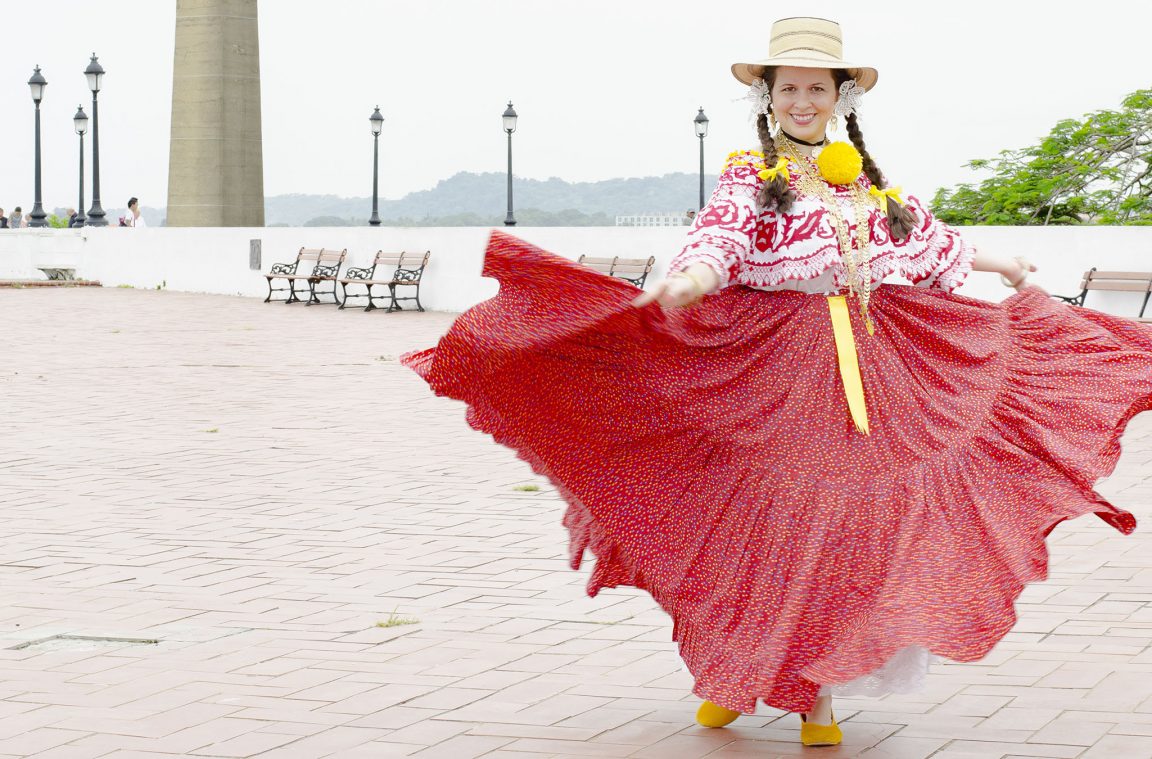 The folklore of Panama encompasses an important number of dances that vary depending on the region in which we are. In this article, we will talk about the most outstanding Panamanian dances and we will show you images and videos of all of them.

The typical dances of Panama

Point It is one of the most famous dances in Panama. This one is played by a couple. It begins with the man with her left knee on the ground and shaking hands with the woman.

There two types different: the Santeño point and the Ocueño point. Likewise, each step has its own name, since the dance is divided into the paseo, the zapateo, the escobillao and the seguiridilla.

The bullerengue o bustle It is traditional from the Caribbean Coast of Colombia and from the Darien province, in Panama. It is interpreted by the descendants of the maroons, former African slaves who led a life in freedom.

This Panamanian dance was performed in the past when the woman had a party because the man had returned from a hunting in the jungle. Although in Colombia it is only danced by women, in Panama it is done in pairs. During the dance, the man tries to kiss the woman and she avoids him.

The little drum It has been represented in Panama since the XNUMXth century and its origin is a combination of the Spanish culture and that of the former African slaves. In it the musicians beat drums and clap their hands.

Depending on the region in which we are, we can observe a different style. These are the most prominent: 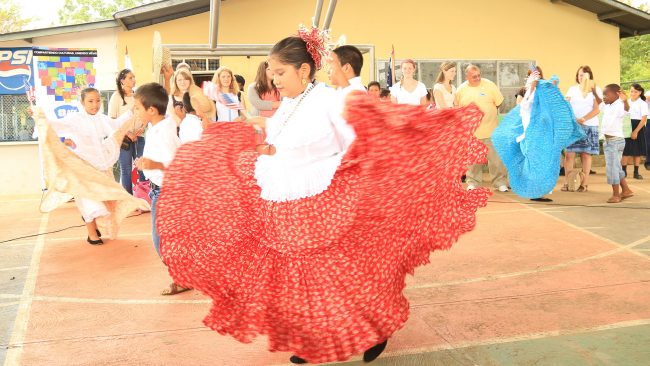 The little drum: a reflection of Panamanian folklore - by AFS-USA Intercultural Programs

It seems that this dance comes from another call marjoram, but unlike this one, the denesa it is danced in a room and not in the open air. Their choreography is quite easy and, to represent it, they must be performed two rows: one for men and one for women.

In cumbia we find a combination of the Spanish, indigenous and African tradition. It is practiced mainly in the Azuero peninsula and in Veraguas. The steps have these names:

There is a type of fast paced cumbia known as he crossed. It is typical of the Azuero peninsula and belongs to the genus of cumbia santeña.

The cumbia is loose when enough couples go at the same time and change companions. Rather, it is called cumbia love when the woman is holding the man and it is a ballroom dance. In this video the cumbia interpreted is Long live panama:

Congo It is danced on the coast of Colón and represents the cruelty that the black population suffered during the colonial era, when slavery was allowed. It's a dance expressive in which the interpreters go barefoot. 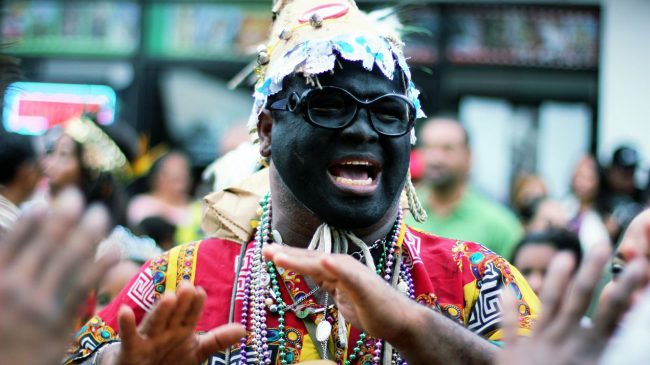 The dress for the Congo dance, in Panama - by Mónica Mora

The dancers wear quite colorful costumes and some of them wear masks. In the dance several characters are represented, such as the slave, the filibuster (foreigner or tourist) or the devil. Improvisation is of great importance in it.

El gammu burui It is a native dance of the kuna, an indigenous people of Panama. This is danced in a group and the instruments are only played by adults, as it is a dance that is part of the puberty rite. It starts with a slow pace but ends fast.

El Palo de Mayo or May pole It is a dance that takes place around a pole about 3 m high from which colored ribbons come out. Its origin is European and it is performed mainly on the island of Colón, Bastimentos and Bocas del Toro.

Its origin is European and it is represented on May 1 to celebrate the arrival of spring. Between eight and twelve couples participate in it. Each person grabs a ribbon and everyone is dancing around the stick until they weave and unweave the ribbons on it.

This aboriginal dance takes place in the town of San Miguel Center, in Coclé. It was about to disappear but today it has recovered thanks to several dance groups.

The costumes worn during the dance are made with the wood of a tree that is also called cucua. Its interpretation is simple, but the number of dancers has to be odd. With this video you can learn more about this curious dance:

This Panamanian dance is performed during Corpus Christi in the Villa de Los Santos, in the province of Los Santos. Other traditional dances such as the Spanish Montezuma are also performed here.

The dance of the Dirty Devils is called that way because before the costumes were made with a dirty blanket that was painted and that, with the sweat, was left with the mixed colors.

Those in costume dance from house to house. During the performance, they perform a stomp with cutarras, which are typical sandals from Panama.

This dance represents the fight of good against evil. During her performance, different characters appear, which are the following:

It is danced during the day of Corpus Christi in multiple areas of the country such as Portobelo, Garanchiné and San Miguel. It has influences from both the Spanish and the indigenous peoples.

This article has been shared 62 times. We have spent many hours collecting this information. If you liked it, share it, please:

Share 62
We use our own and third-party cookies that offer us statistical data and your browsing habits; with this we improve our content, we can even show advertising related to your preferences. If you want to disable these cookies, press the Configure button. To keep all these cookies active, press the Accept button. More information in the Cookies policy of our website.
Setup
Accept and Continue
Manage consents